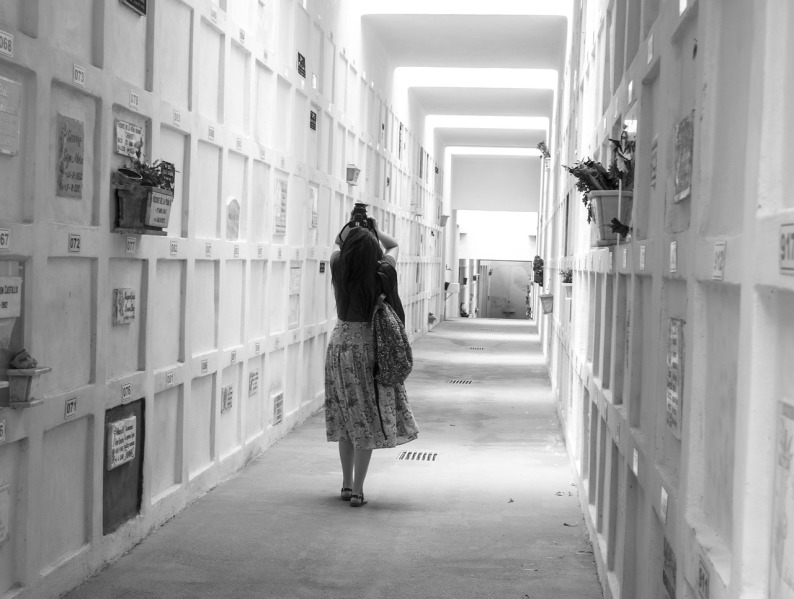 It was as if my elbow was lifted and placed on my chest
I trust you
You know the best
White, everything is washed white…

I am in a corridor
There is a chute
Someone’s hand is on my hand
And it is hairy.

And so, I assume, you are a man doctor
In 1969, the last year of my life
Could it all have ended with a hairy hand?

I thought I give it a try…
On the computer screen, Dr Weiss was talking
Slow, measured sentences, no rush
He said I should relax:
‘Imagine a door’
I pictured a door but it was already open
there was no bright light, just a shaft.

The kids were still stirring in their beds
My daughter listened to a sleep app
With light rain that was thick but gentle
And in her room, a lightning struck into a summer storm
Even though it was a deep November.

The hypnotist said I should relax again
As if he knew my mind was wondering
As if he was there, in my bedroom:
‘Don’t worry about what comes up’ he said
And I saw a white coat and a hand  and it was hairy. 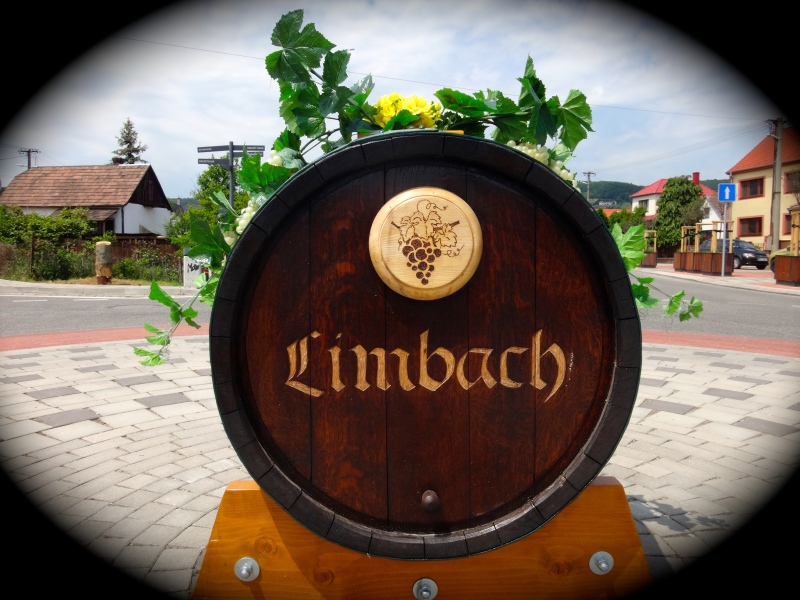 I bet you wouldn’t think twice if anyone offered you a wine tasting tour of Western Slovakia. But if I told you that the geographical footprint of the place you’ll be visiting was once given a makeover by Hitler, you would be surprised to say the least. There may be a reason why your usual tourist guides do not mention it, on the other hand, you probably never thought Slovakia was a strong wine producer.

Silvan from Limbach is light to drink and tastes after lime trees, Rizling Rýnsky (Rhine Riesling) is slightly more complex and flowery, carrying rose and violet tones. If you are uncomplicated and can hold your glass for a while (debating Brexit with Slovaks, for example) Rizling Vlašský (Wallachian Riesling) is recommended. There are many more possibilities, with art festivals, medieval fairs and old castles in towns like Svaty Jur, Pezinok and Modra or the picturesque village of Limbach offering your taste buds white, red and rose experiences. You can check them all out on the pages of the Small Carpathian Wine Trail pages http://www.mvc.sk/sk/home. 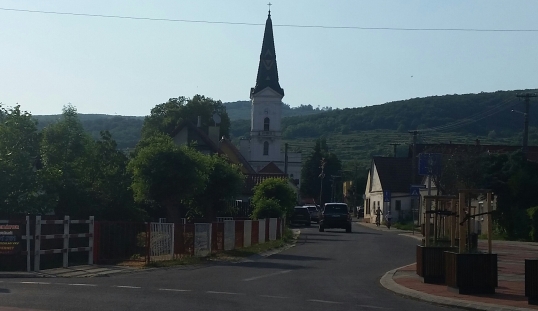 Back to history then…I have recently come across a book by Christoph Fischer called the Luck of the Weissensteiners. I was searching blog posts tagging Central and Eastern Europe on the WordPress and I think it was the word ‘Bratislava’ that brought Christoph’s page up.

I started to read and my heart sunk, I was surprised anyone was brave enough to tackle the topic that Slovakia would rather forget but also excited that there may be room to explore the subject from different angles.

The Luck of the Weissensteiners follows the lives of the main characters set in the period from 1933 to 1945. Greta, Wilhelm, Countess, Johanna and others in 1933 Czechoslovakia had woven their identities from places as far as Russian and Ukrainian Jewry, Hungarian aristocracy, Germany and Poland (old settlers or new) trying to make their life on the outskirts of the former Austro-Hungarian Empire. It does not feel like nowadays Bratislava at all and yet it does when I look at it through my grandparents eyes.

I haven’t read huge amount of books on second world war but this is certainly the one that has my grandfathers’ life story speaking to me through the pages. He was a relatively wealthy 16 year orphan of Croatian, Slovak and German ancestry whose legal guardian advised him to obtain a German citizenship in the 1930s. As a result of Hitler’s geopolitical games in the region, Slovakia soon enjoyed its ‘independence’ as a Hitler’s ally and so as every healthy male my grandfather too was drafted to the war.  It was only because of the Slovak Partisan Upraising in 1944 and Czechoslovak exile government in London that history does not judge this part of Europe harshly.

Surviving the front-line trenches, raids and marches through Hungary, Ukraine and nowadays Moldova, my grandfather was later captured as a ‘Slav’ prisoner of war in the seaside town of Nikolaev. When he returned home, his father’s estate was changed into dwellings for displaced families and he had to sleep in the barn. Like some Fischer’s characters , he managed to avoid the forced expulsion of Germans from Slovakia through a relationship with a Slovak girl but remained on the list of the ‘enemies of the state’ compiled by the secret service (STB) for over a decade. The story has it that during one particular visit my down-to-earth grandmother gave the officers so much bollocking that they never dared to return again.

The Luck of the Weissensteiners has many ‘place resonances’ too. It made me think of the towns like Svaty Jur, with its Hungarian manor estate as a dwelling for the Countess perhaps, now hosting the educational institution Academia Istropolitana Nova. And of the village of Limbach in Western Slovakia, that had been populated by Germans, referred to as the ‘people of the forest – Huncokari for centuries. 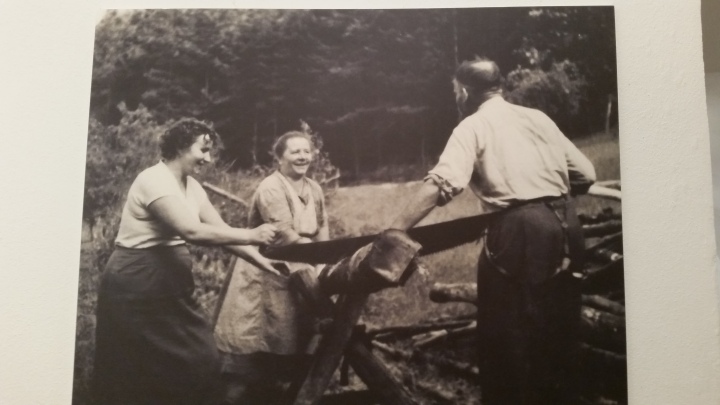 These Germans had brought with them forestry skills and set up a farming industry that later gave way to successful winemaking on those stony and sandy slopes, perfect for light coloured refreshing wine varieties.

Undeniably, the wine industry was at its peak during the second world war. The Hitler government, keen to support the German minorities, injected 2.5 million into the winery in Limbach, complete with restaurant, dance hall and upstairs hotel. 10 thousand hectolitres of wine were exported to Germany every year during the war. But after the Soviet and Allied Forces victory in 1945, most of the German families (93% of the village population)  were expelled, giving way to partisan families from different parts of deprived Slovakia who were thus rewarded for their bravery. 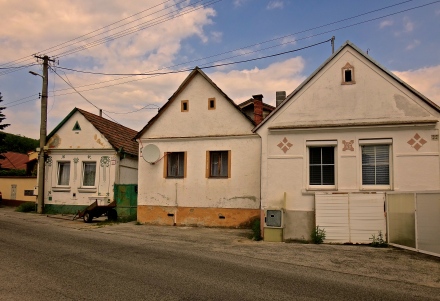 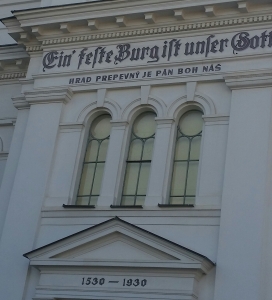 Oral histories tell us that the German women were pleading with the newcomers to look after their cows and animals well just as they were leaving with only a handful of belongings. Their cooking stoves were still warm, one wonders what crumbs of the meals must have been left behind. Many of those would have gone to the refugee camps described in Christoph Fischer’s book – uprooted, tired, disillusioned and waiting for another bureaucratic process of identification.

But a handful of people remained and as the local government website of the village tell us today,  those were the ones passing on the tradition of decent wine making. There are a number of wine producers, small or large in Limbach today and the winery has remained a popular spot first for the socialist ‘leaders’, then for Vaclav Havel and various international delegations, local weddings and meetings to this day. In the 1990s, many original German families came to visit with their children and grandchildren curious to see where it had all started.

So if you ever travel to these parts, do not forget to raise a glass or two to mark the ability of humans to overcome even the biggest of upheavals, to reflect, to forgive and to move on. I can only say that there are no doubt many stories yet to be told and perhaps we will soon hear them from local authors themselves, not afraid to explore their rather rich multiethnic past.